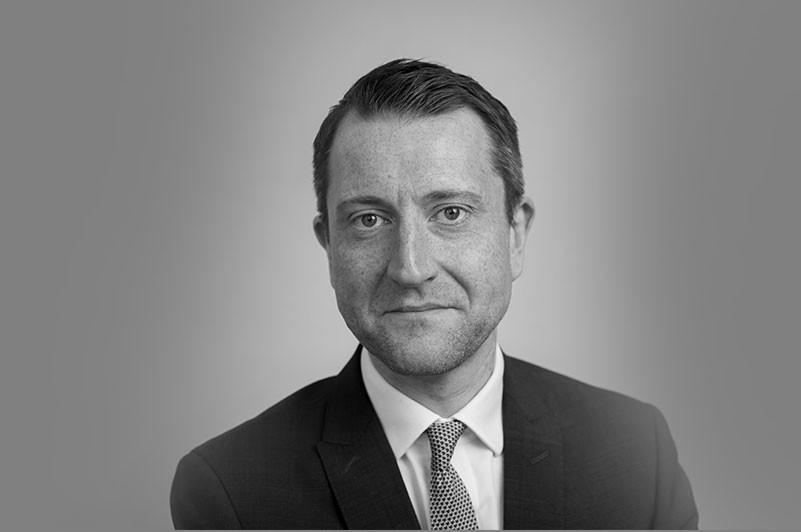 Richard joined Gregory Abrams Davidson in 2007 and since that time has specialised in representing clients who have suffered avoidable harm in healthcare. This has included hundreds of successful cases brought against hospitals (both NHS and Private), Dentists, General Practitioners and Opticians.

Richard understands that very often clients are primarily seeking answers both in regards to what has happened to them or their loved ones and in terms of what the future holds due to their often life-changing injuries.

In addition to individual cases, Richard successfully represented clients who had suffered injuries arising from the treatment provided by Dr George Rowlands, uro-gynaecologist including due to misdiagnosis, unnecessary and/or incorrect treatment and a failure to provide adequate aftercare.

As well as his medical negligence work Richard has also been instructed in a significant number of high profile medical product group litigations concerning failed metal on metal implants.

A claim for damages arising from a delay in diagnosis of cervical cancer. Initially Richard was instructed to consider a case against the client’s GP for delay in referral, but following investigations, expert evidence from a histopathologist was obtained which identified the client’s cervical smears had been reported incorrectly by the Defendant Trust. By the time the cancer was diagnosed the client had a 5cm tumour of the uterine cervix. Our client required radiotherapy and chemotherapy and the treatment resulted in the premature onset of the menopause and consequent infertility. Owing to physical and psychological problems our client was unable to return to work on a full-time basis. Richard obtained admissions and substantial damages which included compensation for her injuries, her future loss of earnings and future treatment costs.

F v Lancashire Teaching Hospitals NHS Trust: Richard secured a settlement of £700,000 for an elderly client who had lost his sight due to an alleged delay in diagnosing thyroid eye disease for which it was eventually accepted that urgent treatment was required. The settlement monies enabled our client to purchase a new house, pay for house adaptations, fund future care and purchase necessary aids and equipment.

A tragic case concerning the death of the Claimant’s 18 year old daughter whilst under the care of the Defendant Trust from viral encephalitis. Whilst admissions in regards to multiple failures were secured from the Trust, it was not possible to prove to the required standard that absent those failures the Claimant’s daughter would have survived. It was ultimately accepted however that her pain and suffering would have been substantially reduced over a 24 hour period and the primary case settled for a nominal sum together with an apology provided by the Trust. Thereafter Richard vigorously pursued a claim for psychiatric injury and/or nervous shock on behalf of the Claimant’s mother based on the events she had witnessed and in particular the manner of her daughter’s death. This was a complex claim given that the Claimant’s daughter would have died irrespective of the Defendants actions and/or omissions. Whilst the Defendant argued that the Claimant did not meet the strict criteria required for recovery of damages as a secondary victim Richard secured a mediation with the defendant Trust whereby the claim ultimately settled for damages in excess of £100,000

Richard secured substantial damages for a young man who sustained a fractured wrist which the hospital failed to initially diagnose. Despite surgery it was concluded that the wrist was unlikely to fully recover and a wrist fusion would eventually be required. The injury had a profound effect upon the client who was a bricklayer by trade and thus the injury had an effect upon his ability to work.

Richard represented the estate of lady who had acquired a pressure sore whilst under the care of the Defendant Trust. The pressure sore became infected and the Claimant sadly died of septicaemia. Richard secured an admission of liability from the Trust and damages were recovered for the deceased’s pain and suffering and additionally a substantial payment to rfelct her daughters financial dependency on her mother..

J v N: A claim for injuries and losses sustained as a result of dental negligence. Our client developed problems as a result of a poorly fitted dental bridge. As a consequence of the bridge our client lost 5 teeth and required substantial restorative treatment. Richard secured a settlement of £36,500 which included monies to pay for the restorative dental treatment.

Outside of work Richard is kept busy by his children but is also a keen runner and recently completed the Liverpool half marathon.

Exceptional service from Richard helping myself and my two Sisters getting the hospital to finally admit to their dreadful failings. Without his intervention, we would have not got a proper apology and acknowledgment. He was professional at all times and kept us updated. Forever grateful that he managed to get us a positive conclusion. Would highly recommend. Thank you.

We were recommend by another client of Richard’s who deals with hospital negligence claims. From our first contact with Richard he was very professional and made me feel at ease. Communication between myself and Richard was fantastic as he was always available to speak to or email us back with any questions we had regarding our claim and he would always give us an update every couple of weeks when needed on my claim. I would have no hesitation in using this branch and solicitor.

Excellent service from Richard Malloy. During a very difficult time Richard made everything as easy and stress free. Everything was dealt with very compassionately." Mr D, Liverpool

We would like to take this opportunity to put in writing the gratitude that we feel towards you Richard, you have been diligent, honest and informative throughout every step of this journey and you are a credit to Gregory Abrams Davidson, we would just like to say thank you Richard from the bottom of our hearts.

I was kept well informed about every aspect of my case. Richard Malloy was outstanding in handling my case and was excellent and professional at all times.

Whilst our solicitors are based in one location, we are always happy to try to make an appointment to meet you in any of our office locations, if this is more convenient for you.

"The whole experience of my dealings with the firm have been of the highest quality! Professionalism, politeness and expedition were all above and beyond"

"We would both like to thank you for your kind / personal approach to our legal matters, which given some complexities sometimes is so nice to receive. We would not have any hesitation in recommending you and indeed Gregory Abrams to any of our friends and colleagues in the future."

"If I am able to build up and sell another company, I would certainly engage GAD for the sales process again. I had never done this before, but from start of the Due Diligence and Heads of Terms to finishing with Completion, they were great. Very reasonable fees too!"

"The whole experience of my dealings with the firm have been of the highest quality! Professionalism, politeness and expedition were all above and beyond"

"We would both like to thank you for your kind / personal approach to our legal matters, which given some complexities sometimes is so nice to receive. We would not have any hesitation in recommending you and indeed Gregory Abrams to any of our friends and colleagues in the future."

"If I am able to build up and sell another company, I would certainly engage GAD for the sales process again. I had never done this before, but from start of the Due Diligence and Heads of Terms to finishing with Completion, they were great. Very reasonable fees too!"

We are here to help with any of your questions.